Guide the Shipwreck Beach, Navagio in Zakynthos and the Secret Viewing Point | Greece | 2017 |

If you’re Asian and have not heard of Descendants of the Sun, then, well, you CANT BE ASIAN. Descendants of the Sun is the Korean drama that took over Asia by storm in 2016. It received immense popularity both locally as well as internationally, where it has been sold to 32 countries and translated into 32 different languages.

The drama’s success helped boost Korea’s economy, contributing in a rise of tourists, overseas sales of products featured in the drama; and more investment in Korean entertainment companies by Chinese companies seeking partnerships. Descendants of the Sun has been reported to have earned 3 billion won from product placement advertisements (PPL) and 10 billion won from sales of related sound tracks and video-on-demand service. The “Two Tone Lip Bar” lipstick that Song Hye-Kyo wore in a scene on the show has broken sales records for Aritaum in South Korea.

Of the numerous filming locations around different parts of Greece, the shipwreck cove (aka Navagio Beach) in Zakynthos is the most outstanding one, and for a reason too. On top of being the star location of Descendants of the Sun, the shipwreck cove is actually also the most famous and most photographed beach in Greece!

Some will tell you that the ship, which was smuggling contraband cigarettes, wine and women, crashed into rocks while being pursued by the Navy in bad weather. However recently, the ship’s captain revealed the real story, that the ship was abandoned instead.

The ship still rests buried in the limestone gravel of the beach that now holds the famous nickname Navagio Beach (Shipwreck beach). 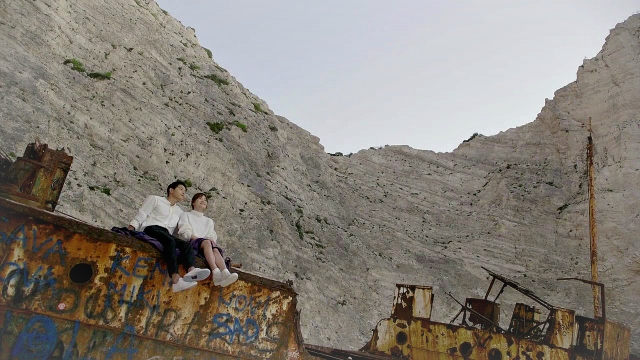 There are actually 2 different MUST VISIT places to view the shipwreck cove: (A) 1 from the cliff top and (B) 1 at the beach.

The only way to get to the look out is by renting a car and driving, as public transport does not reach this spot.

You can click the map and route the directions from there:

This is what most people will see from the view point, with half the shipwreck cut off.

BUT there is also a secret view point that is just a 15min hike away.

This is how you spot the Secret pathway to the Cliff top:

To the right side of the view point you will see this stone entrance, or whatever that was left of it. 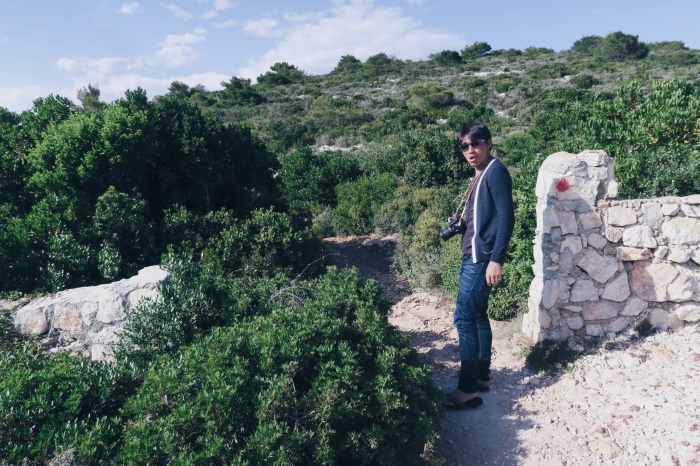 Along the way there are red markings on the stones to indicate that you’re on the right path. 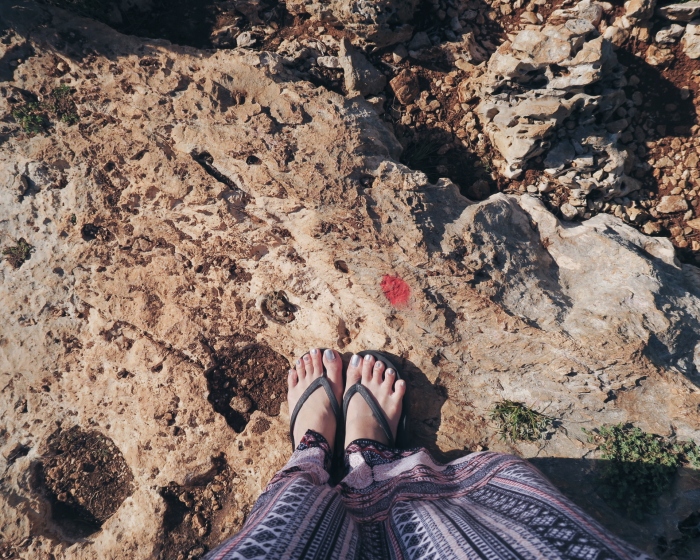 You’ll need to walk to the cliff edge here:

It’s super windy so be careful at the edge! If you slip off the cliff, It’s a straight long drop to the bottom. That Instagram photo is not going to be worth your life. 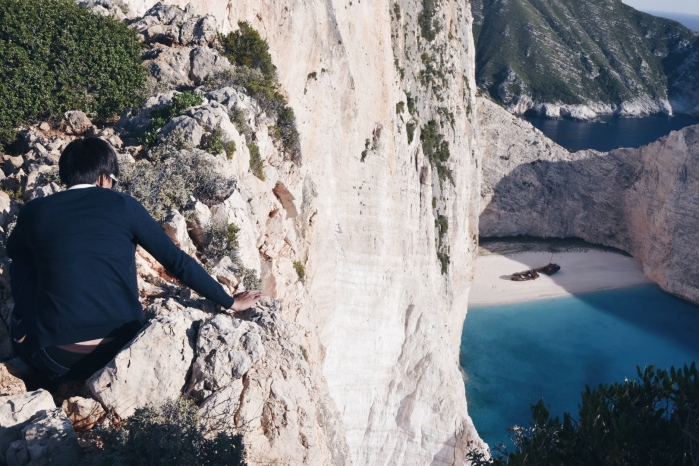 Enjoy the magnificence and beauty of the shipwreck cove and snap thousands of pictures!

We were really fortunate to get to take pictures of the shipwreck beach, free of tourists and tour boats! Apparently all the boat tours were cancelled due to bad sea condition.

B) Boat trip to the shipwreck beach

The second spot to visit is the shipwreck beach itself! It is only accessible via boat and so booking a boat tour is absolutely necessary.

This is where you need to drive to, to join the tour:

Waiting for the boat here 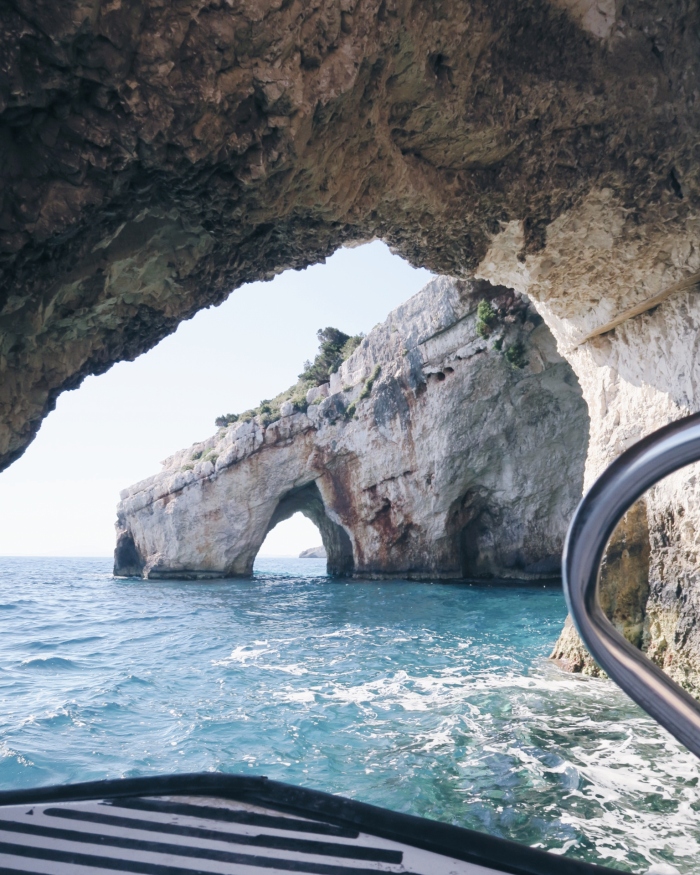 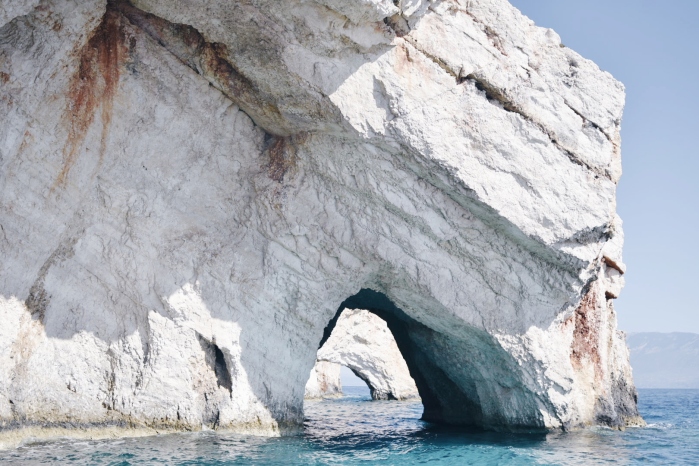 How to prepare for the boat trip:

We were given 45mins on the beach to take photos while the boat docked at the bay. And if you wish to stay longer, you can take the next boat back, just remember to inform the captain on this. 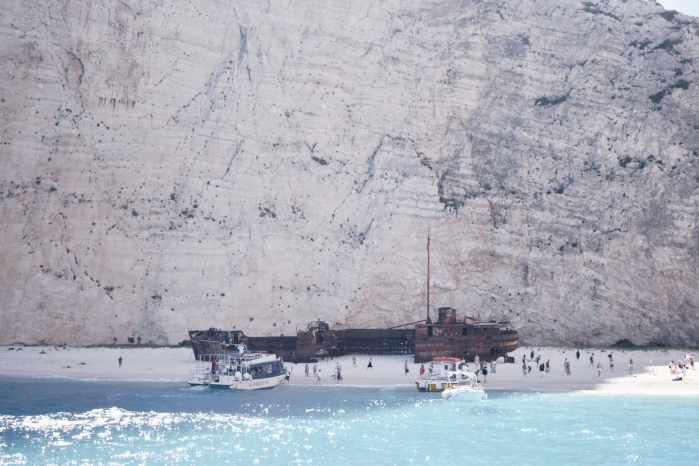 You can engrave your name on the shipwreck using the stones

According to the drama, Shi-Jin tells Mo-Yeon the local legend; that one can return to this beach if you take a stone when you leave.

After the tour, Potamitis Brothers recommended a restaurant nearby for us to have lunch; Taverna Faros. It is just a couple of minutes drive from the port and is hard to miss. 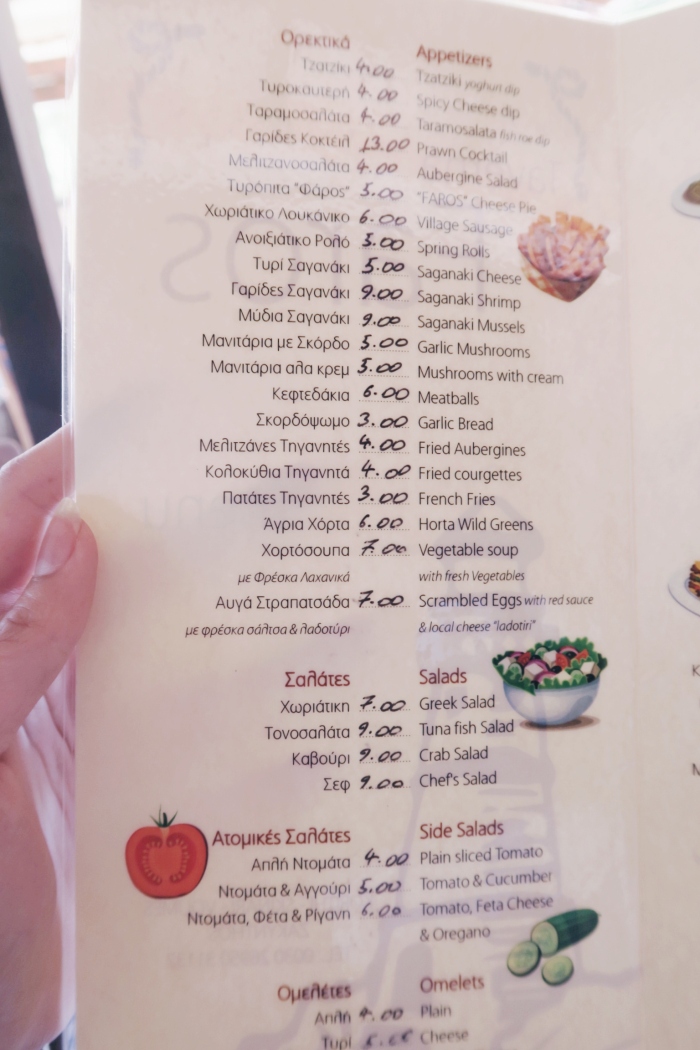 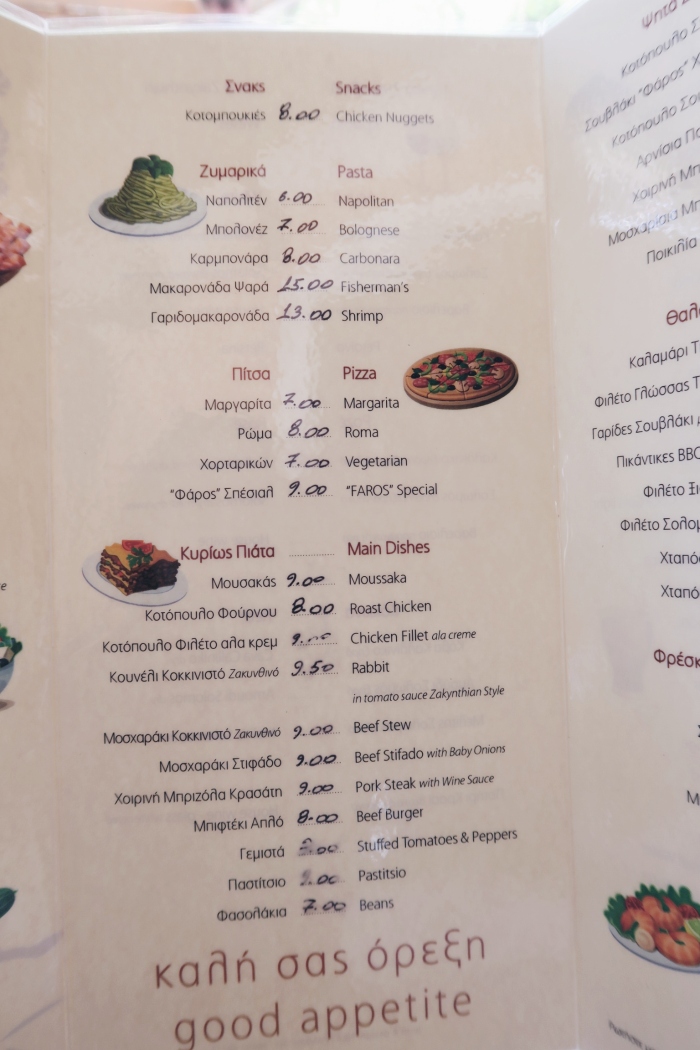 Price for the Boat tour to the Shipwreck Beach and the Blue Caves: 15 Euros

Why did i chose Potamitis Brothers Boat Tours?

In hindsight, the timing that we visited the shipwreck beach was not the best as there were hoards of tourists. The best time to visit would be either early in the morning around 9am (which was not really possible for us as we had an hour drive to get to the port), or in the evening.

Tip: Prioritize the boat tour on your first day at Zakynthos, because if the sea condition is bad, all the boat tours will be cancelled.

There is actually a second filming location in Zakynthos!

Skopiotissa: the Monastery of Panagia 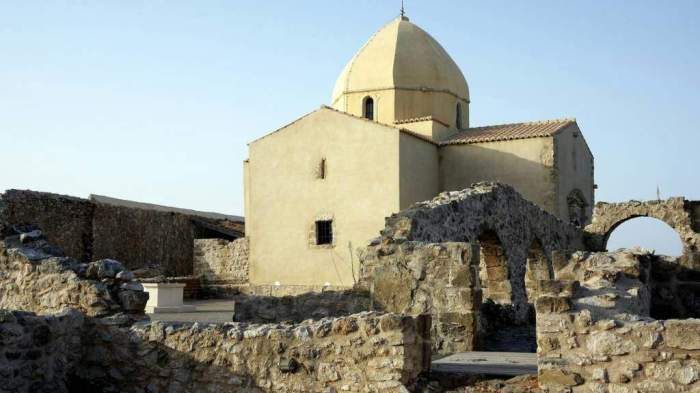 This 15th century monastery is situated atop Mount Skopos on the island of Zakynthos and was filmed in DOTS as one part of the location of Uruk’s military encampment.

However, we did not manage to drive up to the top where the church was as the entrance was barricaded off.